Ask For A Quote 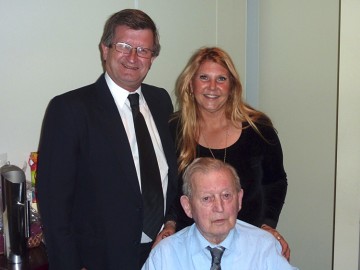 Having observed the decline in mobility in William’s aging parents, William and Leone determined to assist them in being able to stay in their comfortable two-story home. William and Leone, who live in Perth, investigated what inter-floor access was available which they could suggest to William’s parents. Other than a stair-rider, there was little that could accommodate their needs and the only stairs which could accommodate the stair-rider was outdoors.

While visiting Hobart in early 2015, they saw the T.V. advertisement by the Residential Lift Company offering a two person lift. They rang and invited Peter and Rosemary to come and discuss the lift with William’s parents.

That meeting took on a new direction when Peter explained they were looking for someone in Western Australia to distribute and install his amazing lifts. William’s background which includes commercial air-conditioning, building construction, project management, retail and wholesale sales and Leone’s whose included human services, aged care and the mining sector, were enthusiastic to pursue this venture further.

The lift in William’s parents’ house has allowed his parents to stay where they wanted to be; at home. They are delighted with the outcome. William and Leone want to help other people who desire to stay in their two-story homes.